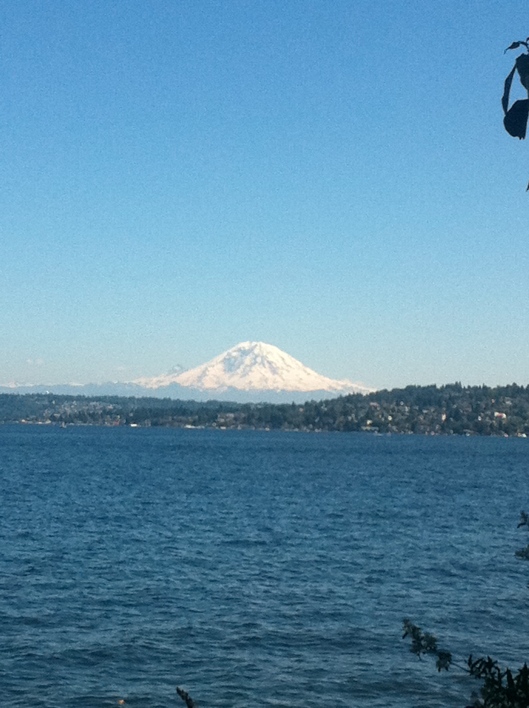 Cold Snow Over There, Warm Sun Over Here

We haven’t been posting too much over here lately, but it’s summertime and we’ve been busy.  Scott just finished a stage at Modernist Cuisine’s Cooking Lab, and Eric’s been working 16 hour days at Blueacre, now that he’s the sous chef.  I’ve got my own things going on as well, and now that the sun is finally out in full force around here, we keep finding excuses to be outside instead of inside.  But we still manage to hang out now and again. 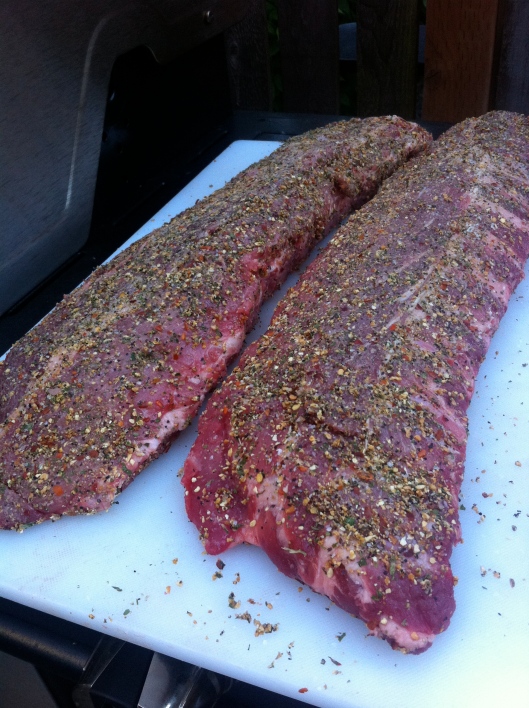 Get In My Belly!

An example:  Eric and his wife Mindy came by Gastrophysics Labs to eat, drink, and watch the new episode of No Reservations that featured the history and closing of El Bulli.  I bought some baby back pork ribs, and harvested some fresh spinach and arugula from Gastrophysics Farms.  I was planning to make a nice BBQ sauce from the Modernist Cuisine cookbook (in order to write a new post), but Eric took over the kitchen.  He pulled out what I had in my fridge and shelves and drawers – vinegar, molasses, ketchup, corn starch, brown sugar, shallots, garlic, carrots, spices – and made this insane spicy sweet carrot BBQ sauce that just rocked.  It reminded me of what chef Tom Colicchio once said: “I learned how to cook so I wouldn’t have to use recipes”.   You don’t always need a cookbook.  You need skills. 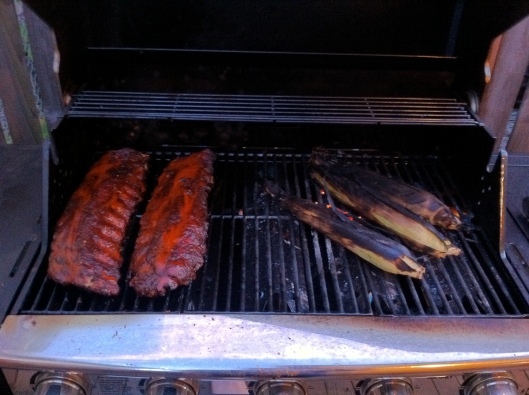 Roasted corn on the cob, a fresh salad and beers rounded it out.  And of course the company.  We had a blast and hope you’re having one too.  Cheers! 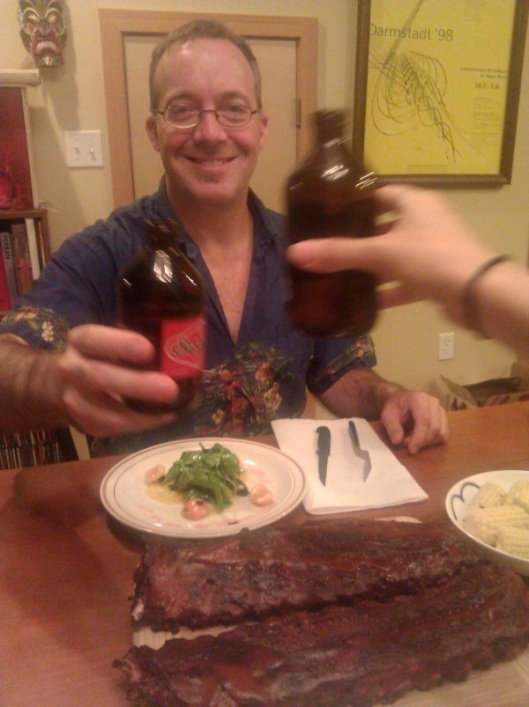 3 thoughts on “Summertime in the Emerald City”