Are you looking for the perfect gift for your favorite foodie?  Take a look at our in-depth three-part series of the items used in cooking Modernist Cuisine from earlier this year:

The prices might have changed since so click on through to see what they’re currently going for. Some new books have also come out that deserve mention as well:

END_OF_DOCUMENT_TOKEN_TO_BE_REPLACED 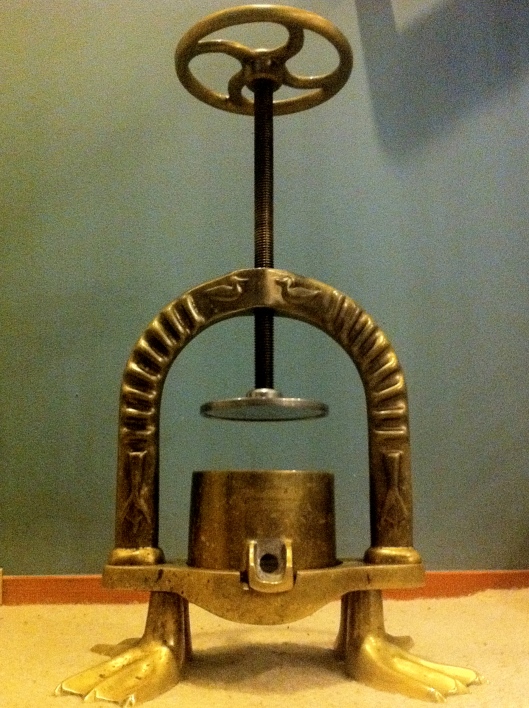 Last week, Next Restaurant released its first in what I assume will be an endless series of digital cookbooks featuring the recipes of all the courses of each incarnation of the restaurant.  They are currently in the midst of their third iteration of the menu, called ‘Childhood’. Prior to that was a ‘Tour of Thailand’.  And before that, the opening salvo to their concept, ‘Paris, 1906’.

Why Paris in 1906?  Kinda random, right?  No, not for these guys.  As they state in the opening of their iCookbook:

Cesar Ritz and Auguste Escoffier opened the Ritz Hotel in 1906.  A new upper class thrived; visiting the Ritz, along with restaurants such as Maxim’s, became something more than just dinner.  Part fashion show and part social scene, the restaurant was now the entertainment.

Paris, 1906 — Escoffier at the Ritz was an easy choice as our opening menu at Next.

Ah, Escoffier.  As Heston Blumenthal said, “We eat how we eat because of Auguste”. They decided to go boldly into the future by acknowledging the past.  I, too, have a fondness for what I jokingly refer to as Industrialist Cuisine.  And there is one dish on their menu in particular that exemplifies the restaurant as entertainment theme circa 1906: Caneton Rouennais à la Presse.  Why? Because they used a big old brass contraption to press an entire duck to get at its juices.  Entertainment, indeed.
END_OF_DOCUMENT_TOKEN_TO_BE_REPLACED

Ah, chicken & waffles.  Having grown up in Los Angeles, I’ve made a few late-night pilgrimages to the famed Roscoe’s House of Chicken’n Waffles, and every now and then, I get a craving for crispy fried chicken alongside a lightly toasted waffle.  But other times, my desires are a little more unsavory (pun intended). So, in a recent [epic] Jet City Gastrophysics jam session, we came up with the above: waffle-flavored ice cream served in a crispy chicken skin cup, with maple syrup.
END_OF_DOCUMENT_TOKEN_TO_BE_REPLACED

When Scott called Eric “exactly the right kind of insane to become a revolutionary chef“, he was right on target.  Here, Eric gives his best Robin Leach impersonation while describing the new HQ for his cooking explorations.

This proves once again you don’t need a luxurious, over the top space to create amazing creative food.  Of course, he has access to one for his day job, but that’s beside the point.