A headache and leftovers.  If it sounds like last night was a lot of fun, then you would be correct.

Knife maker extraordinaire Bob Kramer was delivering a new custom knife to a customer and thought it would be fun to get the Jet City Gastrophysics crew together and make up a little meal.  We were up for it and invited them down to Gastrophysics Labs for an impromptu meal.  The customer?  Matt Rudofker, the sous chef of Momofuku Ssäm Bar.  The meal? Whatever was found at the market.  Yeah, let’s do this. 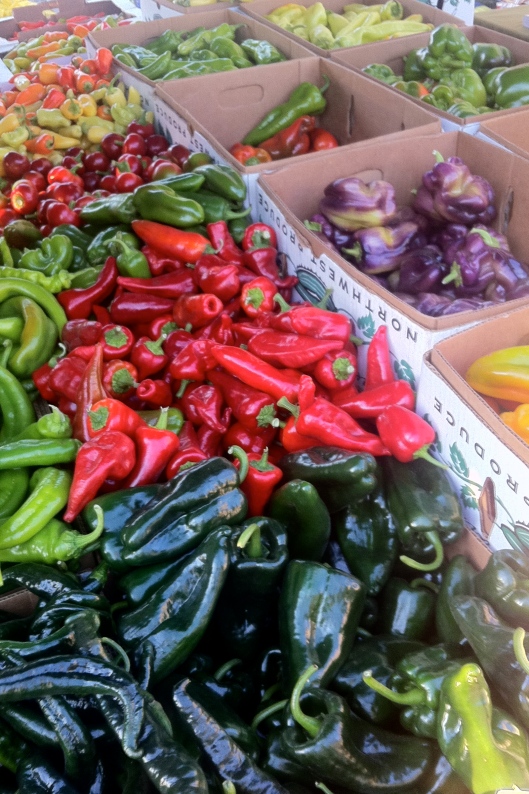 We all started at Lottie’s Lounge for some drinks and appetizers.  Along with Bob and Matt, Bob’s assistant Mark, local knife sharpener Bob Tate, Eric and myself all gathered around to talk knives, food and cooking.  Eric, Matt and I broke off after a little while to dive into the Columbia City Farmer’s Market to grab some goodies for the evening.  The produce and fresh and delicious looking and we went at it: basil, tomatoes, apples, peppers were all part of the mix.  We dropped by Bob’s Quality Meats (not to be confused with Bob Kramer.  Or Bob Tate for that matter.) to pick up some pork.  Eric had already grabbed some oysters and geoduck from Taylor Shellfish Farms, and I had grabbed some beers, so we were good to go. 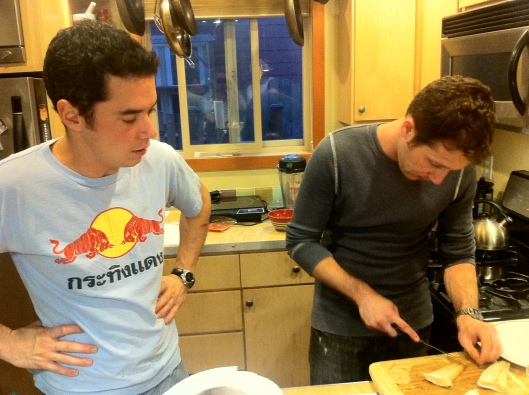 Let's Get Cooking: Eric and Matt Prepare The Meal

So wouldn’t you know it: the first night Matt is out of town, Ssäm Bar has the New York Times food critic show up.  Matt’s phone blew up with texts and emails.  Instead of stressing out, he focused on what he does best: cooking.  This worked to our advantage, so thanks, New York Times. 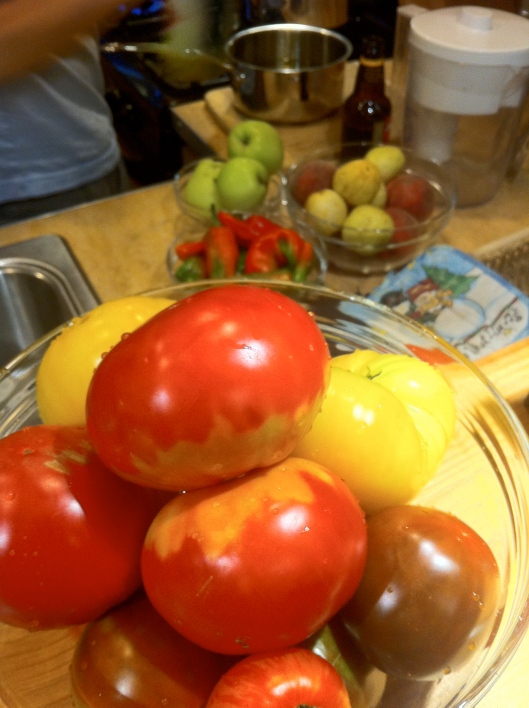 There was all sorts of amazing food prepared: fresh tomato salad, chicharrón, oysters, geoduck with…ah, I’ll just post the pictures.  All these delicious sauces.  It was amazing. 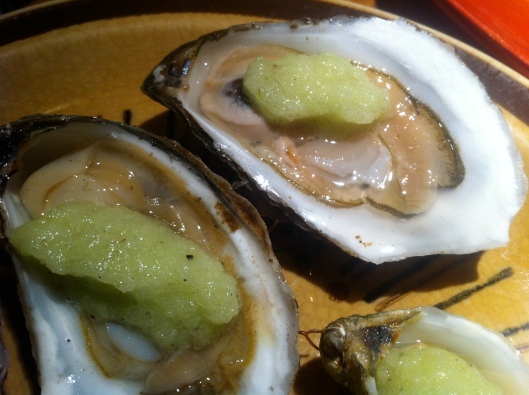 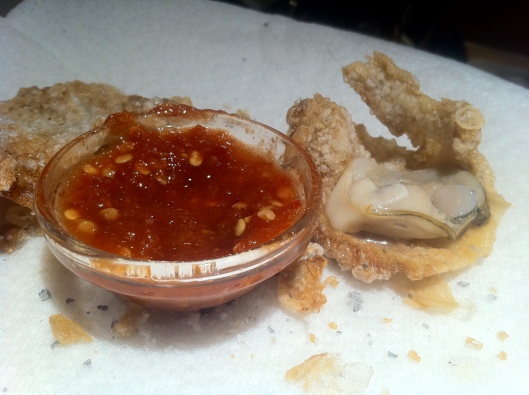 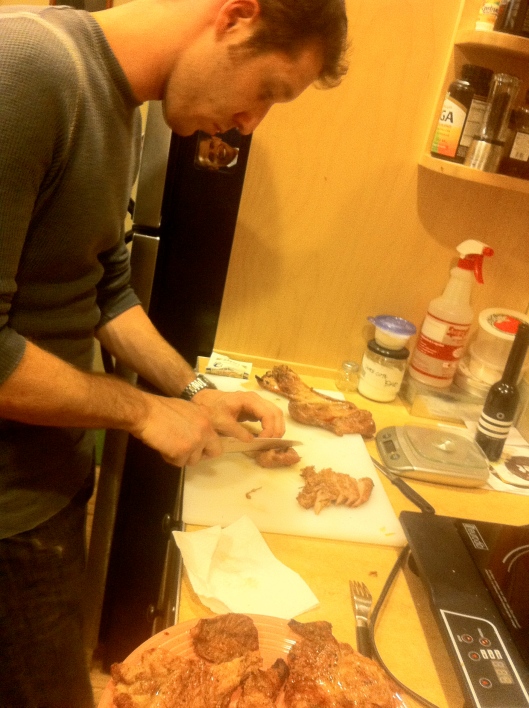 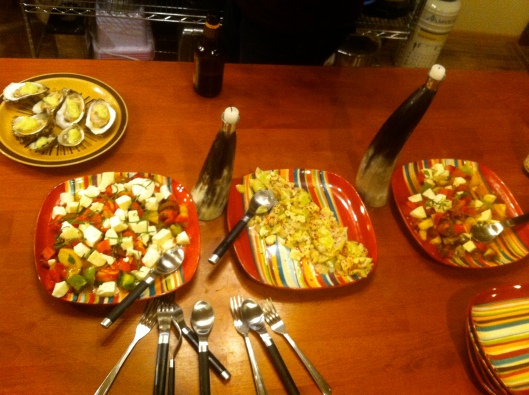 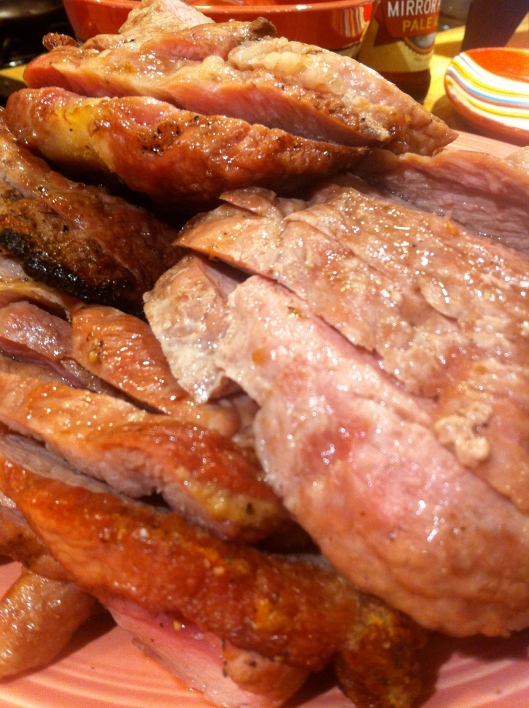 A great time was had by all and now I have a bounty of goodness in my fridge to work through.  I am not complaining.  Life is good.  Though, I do think maybe I should get some other knives besides my pink and green Pure-Komachi ones.  I mean, you never know who’s going to drop by. Sheesh. 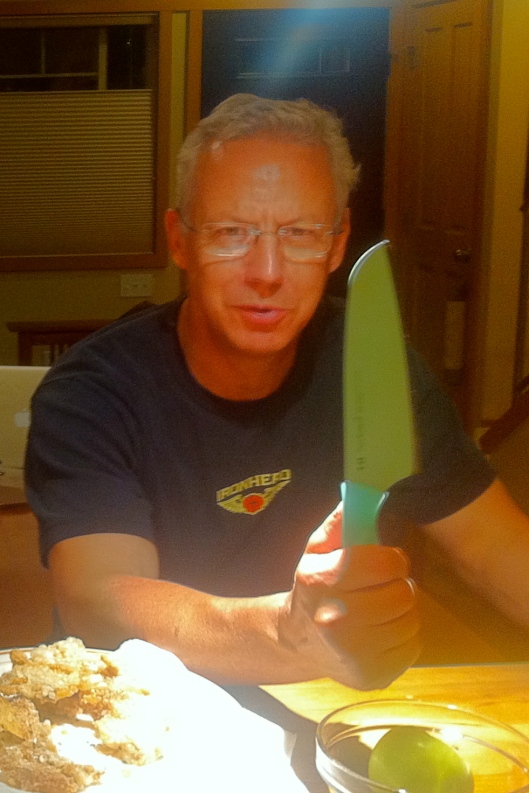 Bob Kramer Not With A Kramer Knife