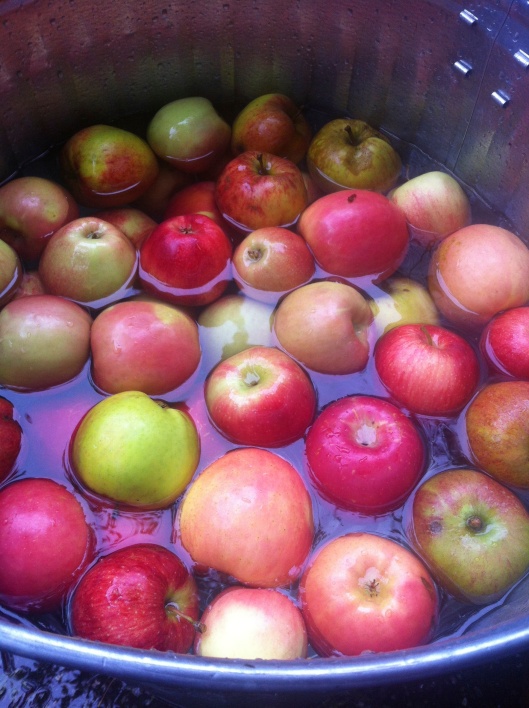 A few weeks back my brother and his wife came to town to visit and invited my girlfriend and me over to make some apple cider.  Well, they didn’t invite us in particular;it was my brother’s wife’s brother’s girlfriend who invited us.  Got that?  Anyway, we boarded a ferry over to the San Juan Islands to her parent’s place to take part in their Autumn family tradition.

What interested me was just how does one make apple cider as a family?  Do they gather in the kitchen, the kids coring and chopping the apples while the adults throw them into a couple of electric juicers?  No, not at all.  They do it with an old electric grinder and apple press they’ve had for 30 years.

They had two pallets full of apples that they (actually, my brother’s wife’s brother’s girlfriend’s father) got from apple farmers out in Eastern Washington.  Turns out the grocery stores only pick the ones that are of equal color and size.  All the rest are usually bought by Top Tree or other companies to make apple juice.  These can be bought for pennies on the pound.  There were a lot of apples.

There were three trash cans – two with a very light bleach solution to disinfect the apples and a rinsing can.  It was a little windy and a little rainy, but that didn’t stop anyone.  Once the rinsing can was filled with clean apples, the grinder was turned out and the apples were thrown in, their pieces spat out into a wooden bucket waiting below. 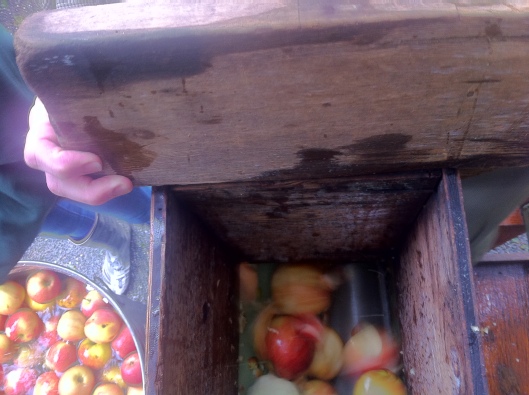 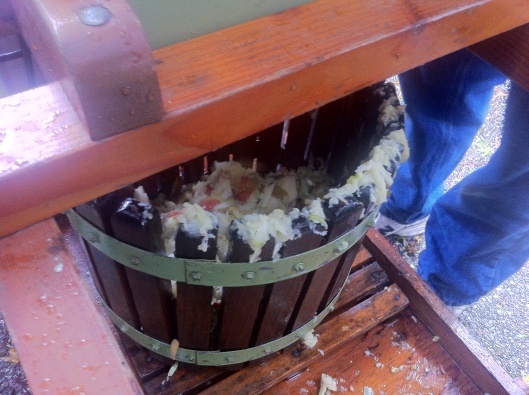 Once the bucket was full, it was pulled forward while an empty one took its place.  The wooden press was placed on top of the full bucket, the hand crank put in place, and with some effort, a cascade of fresh juice flowed into a waiting pot. 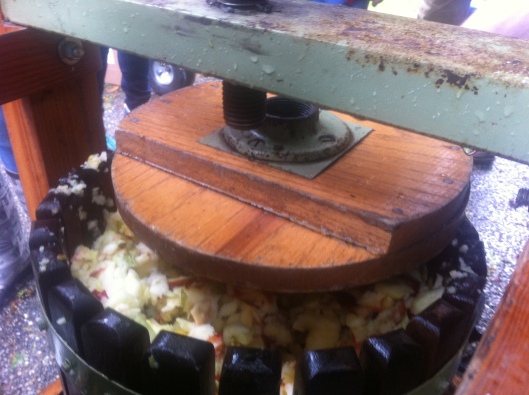 Whenever the bucket seemed sufficiently cranked, the remaining mashed apple chunks were discarded into a wheel barrow to be sent to the compost. The process was repeated until all the apples were juiced.  As there were a lot of apples, there was a lot of mashed apple as well.

From there the juice was filtered to get out any large chunks of apple and then poured from large buckets into waiting jugs using an old funnel.

As there were a lot of apples, and a lot of mashed apple, there was a lot of juice too.

The best part of making apple cider?  Heating it up right there and having a warm fresh cider on a cold blustery Northwest afternoon. 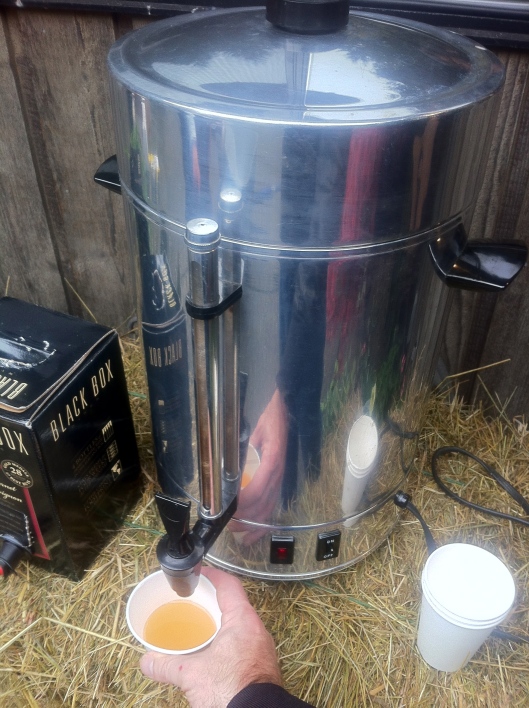 For our hard work, we parted with a two jugs of cider to take home.  It was a great time and a reminder of how fun cooking can be, even if with just a hand crank.  And for that I have to give thanks.  To my brother’s wife’s brother’s girlfriend’s family, of course. 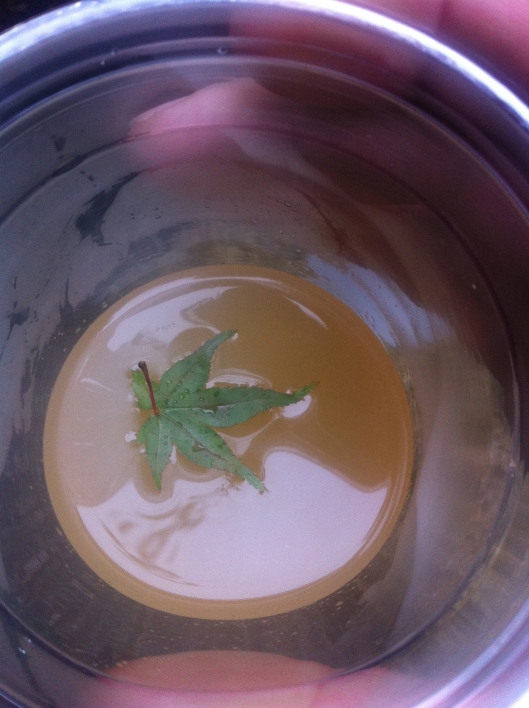