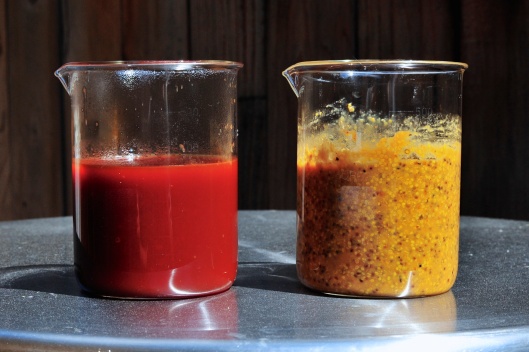 It’s been a bit since a new post has been put up – the longest since this blog has started.  Not to say there hasn’t been cooking going on, just life got in the way and so a pause took place. I’ve even managed to mangle some Modernist Cuisine recipes that weren’t fit for posting.  But not yesterday.  The Fourth of July brought friends together for BBQ and fireworks. I opened The Work to try out some new sauces besides the BBQ sauces I’ve already done: South Carolina and Kentucky.

If you’re new to Modernist Cuisine, the BBQ sauces are the ones you want to try out.  You just dump everything into a pot, cook it, season it, and you’re done.  I mean there’s nothing really modernist about it.  I think it’s just Nathan Myrvold’s deep love of BBQ that got them put in there.  They do add a little aside in the book to add some xanthan gum to the mix if it’s a little thin, but, at least for these sauces, it’s totally unnecessary. 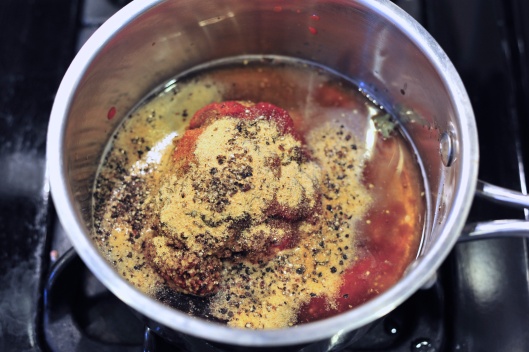 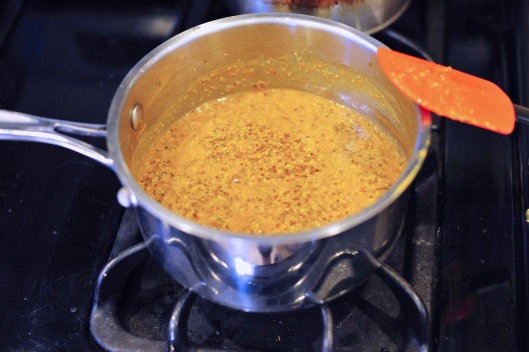 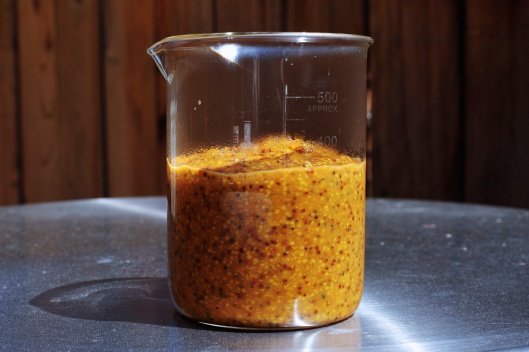 I rinsed off my pots and measuring bowls and utensils, and started over.  This time I dumped in ketchup, cider vinegar, brown sugar, molasses, pineapple juice, Wild Turkey bourbon, bacon fat and worchestershire sauce.  I mean, bacon fat with bourbon?  Pure heaven. These Kentuckians know what they’re doing. 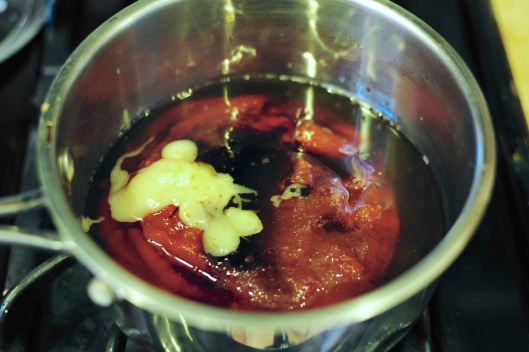 This one gets cooked for 15 minutes and then a little butter is blended in just to make it extra sinful.  I mean, heavenly. 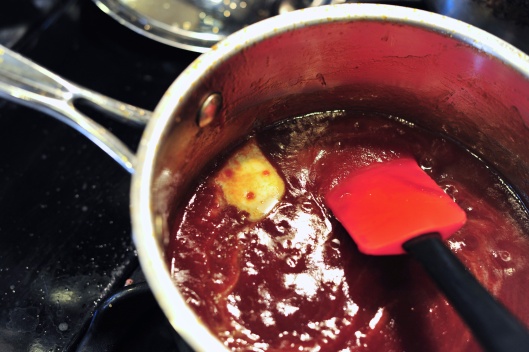 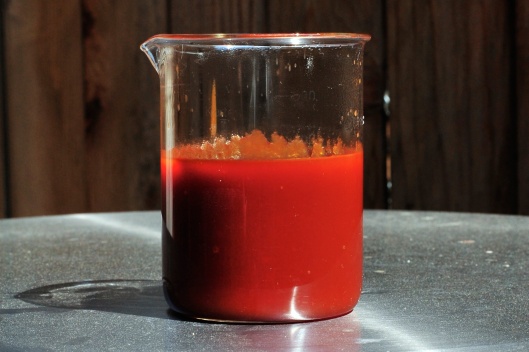 These sauces were a perfect compliment to one another.  The South Carolina sauce was mustard based, with a tart bite from the cider vinegar and a kick at the end with the addition of some cayenne pepper.  The Kentucky sauce was ketchup based, with a sweet flavor from the molasses and pineapple.  They also become something other than barbeque sauces: they functioned as Hypermustard and Metaketchup on everyone’s hamburgers as well.  These sauces killed it and made it look like I knew what I was doing.  Thank you, Modernist Cuisine! 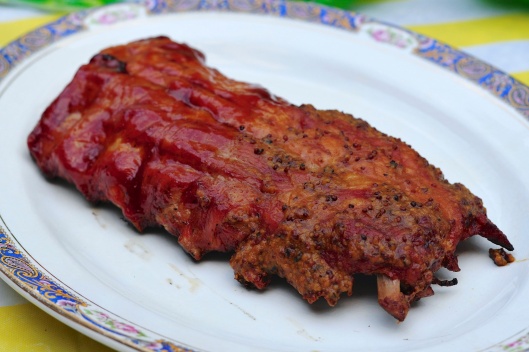