OK, so this is what you do:

END_OF_DOCUMENT_TOKEN_TO_BE_REPLACED 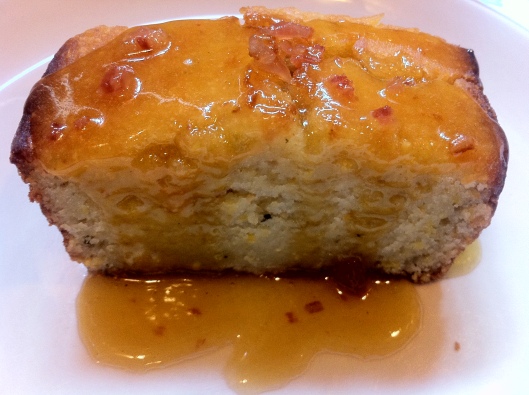 I’m beginning to think that the authors of Modernist Cuisine are evil.  No, I’m not talking about the whole patent troll brouhaha.  I’m talking about the recipes.  Surely they are out to kill me.  Why would I say such a thing, you might ask?  Well, let me ask you: have you ever made their corn bread?  No?  And how about their bacon jam?  I see.  Let me try to explain.

END_OF_DOCUMENT_TOKEN_TO_BE_REPLACED

A lot of modern cooking techniques call for exact temperatures and measurements.  This is more akin to baking rather than cooking, where a pinch here, a dash there, and phrases like “until a golden brown” is sufficient to get you where you need to go.  I tend to paint with broad strokes over the detail of a single-hair brush, but I always try to do the hard stuff, if only to challenge myself.  This endeavor was no exception.

I really wanted to tackle a dish from elBulli, voted Best Restaurant in the World five times.  Paging through my copy of A Day At elBulli, everything required six detailed components or access to exotic equipment like freeze dryers and superbags.  I wanted to start simple, and found the pumpkin oil sweet: two ingredients.  Exotic ingredients to be sure – Isomalt and pumpkin oil – but I could work with that.  Yes, this should be interesting.

Isomalt is a sugar substitute derived from beets.  It is half as sweet as sugar and has remarkable properties for molding, and most sugar sculptures are made using it.  Pumpkin oil is just that, and found mostly in Eastern Europe.  Neither can be found easily.  I ordered the Isomalt online but found the pumpkin oil here in a specialty store in Seattle.  Seattle is good like that most of the time.

The process is simple:

Melt the Isomalt in a pan over a medium heat until the temperature reaches 120 C/250 F.

I dumped the Isomalt into the pan and turned on my new induction cooktop  (Did I say new?  I meant to say used.  On Craigslist.  For $60 – less than half the price for a new one.  There’s rarely a reason to pay full price for anything – even weird kitchen equipment.  Just keep your eyes peeled and who knows what you’ll find.). Now it doesn’t hit 250F exactly.  It has ten settings, and each setting increases the temperature by 30F.  So I could get to 240F or 270F, but not 250F.  Close enough, though. Right?

My Kingdom For A Thin Film

Of course, since I couldn’t maintain this exact temperature, I had to play this game of Heat Up and Cool Down to get it just right.  Sometimes, the temperature would be where I could make a thin film, but within a second it would harden, and the oil would just sit in it.

Sometimes, it was too weak, and wouldn’t hold the oil and just collapse immediately into a pool of oil and sugar shards.   So, most of the time, I just made a frickin’ mess.

And another challenge: if I tried to let the pastry cutter sit for a moment in the Isomalt so I could get a decent film, it would heat up and burn my fingers.  But I persisted and managed to figure it out.  That they are able to pump out dozens of these a night perfectly shaped at elBulli is quite humbling.  Trying it myself just heightens my admiration for their creativity and execution.

I ended up with a rouge’s gallery of misshapen candies as well.  They reminded me of the artwork of H.R. Giger, who designed the alien in Alien.  They would have made very creepy candies to give out on Halloween.  “Eat these right now, my pretties!”  I don’t think their parents would go for it. 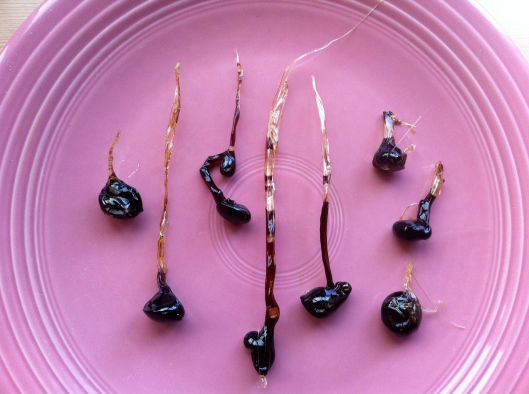 How to eat:
Pick up a sweet carefully with your fingers and place in your mouth. Without chewing it, let the sugar melt and the pumpkin seed oil flow out.

It is definitely tasty.  The Isomalt cracks open and the oil glides onto your tongue, with what would be an unexpected and surprising flavor, unless you’ve been trying to make them for the last hour, in which case the flavor is well known to you.  This happens.  But the pumpkin matches well with the leaves falling from the trees here in Seattle, and becomes a perfect autumnal sweet, a half a world away from its birthplace in Roses, Spain, at elBulli. 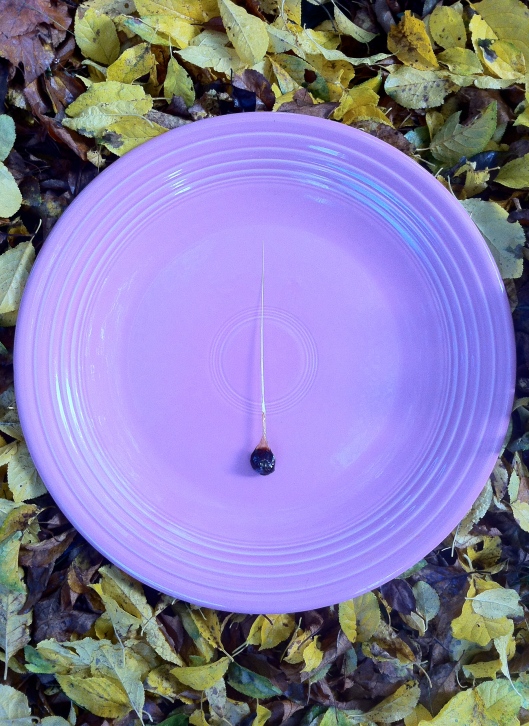