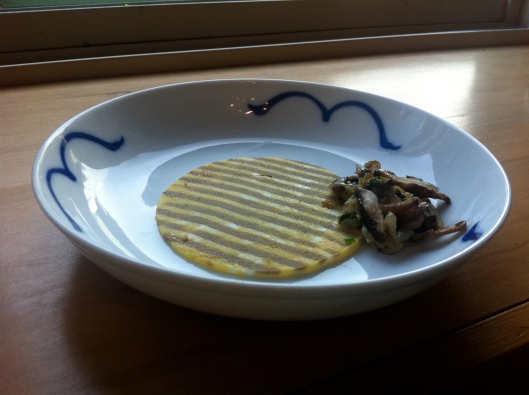 After I tackled the ham and cheese omelet last week from Modernist Cuisine, I was ready for the next step: their infamous striped mushroom omelet.  I had to go online and to four grocery stores to collect the ingredients necessary.  About $75 later I was ready to go.  This had better be a good omelet. 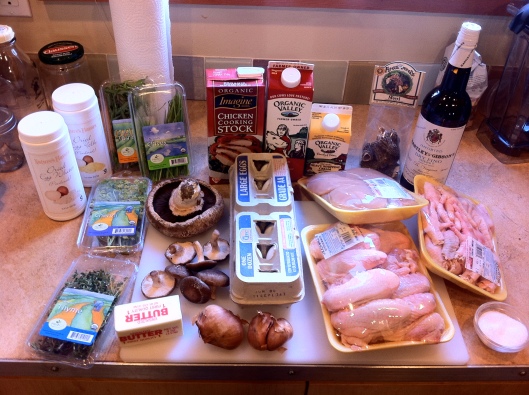 The recipe calls for several preparations: a brown chicken jus, which goes into a mushroom marmalade, a mushroom puree and the omelet base.  A scrambled egg foam was also made, but I ran out of N2O chargers for my cream whipper.  So the sous vide scrambled eggs sit sealed in my refrigerator until I can go to the store and pick some up.  We’ll skip that step.