“Modernist Cuisine” is not for most home cooks.
– Michael Ruhlman

“[Modernist Cuisine] looks cool and would be fun to flip through,” he said. “But I don’t need to spend six hundred dollars on a cookbook — I already know how to cook.” This led to my next question — in his opinion, were these techniques even appropriate for the home cook? “Sous vide is great for cooking vegetables and meat,” he replied. “But home-cooked meals are home-cooked for a reason. They’re meant for the home.”
– Domestic Divas

The truth is that this stuff is for the pros.
– New Yorker

Man, do these people bore me.  How uninspired. How defeatist.  How sad, pathetic, and totally lame.

I started to cook in December 2009 – about 18 months ago.  I had no knife skills, didn’t know anything about Anthony Bourdain or Iron Chef, much less Mugaritz.  My refrigerator was empty save for old condiments.  I didn’t even notice the front right burner on my stove was larger than the others because I had never used it.

But once I started, I got way into it.  Within weeks, I had discovered avant-garde food.  By February 2010, I had ordered my first ‘molecular gastronomy’ kit and contacted Scott and Eric to form Jet City Gastrophysics. By March, I spherified my first liquids.  By August, I made the red cabbage gazpacho from The Fat Duck. And in October, just 10 months later, I began cooking from Modernist Cuisine, which wasn’t to be published for another five months.  I used their PDF excerpt.

The point is that this kind of cooking can be done at home by non-professionals.  It’s not like I have a thousand more taste buds than the average person, or a storied history flipping burgers in local fast food joints.  I just decided to do it. And it’s not boring and soulless. It’s fun!  It’s delicious! It’s awesome.

“But I can’t afford it!”, you say.  Granted, like any hobby, you need to invest in the equipment, whether it’s guitars, yarn, or car parts.  The tools needed aren’t necessarily out of reach – they can be bought for much cheaper than you might think.  So in this first of three posts I’m going to show you some of the things you need to create the most cutting-edge food on the planet, what it costs, and how to find it for cheaper.  First up, the tools and gadgets (in alphabetical order).

If you end up with a centrifuge in your house, you’re committed to the New Cookery.  Or, to your friends and family, you should probably just be committed. Clear consommés, tomato water, and pea butter await. You’ll need one with large buckets instead of just for test tubes so you can make decent size portions of food.  Prices can vary from $500 to many thousands of dollars.

Using steam to control the humidity allows for precise cooking control to get great results every time.  You can also make terrines and custards without having them sit in a baking dish full of water.

Without this, you can’t make the famous savory espumas, or foams, that are the hallmark (and cliché) of Molecular Gastronomy. 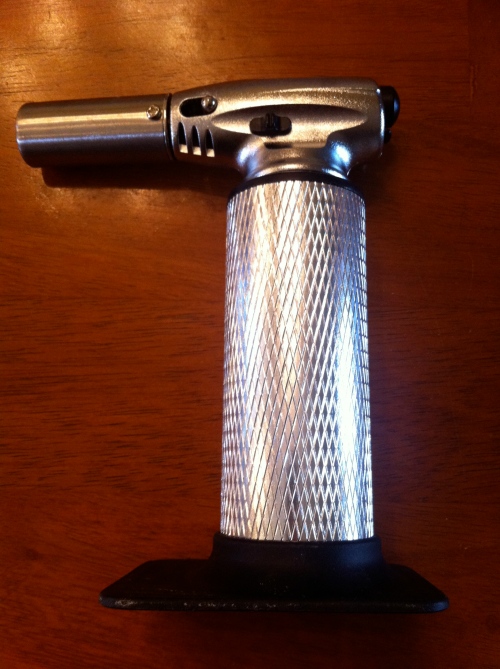 Amaze your guests as you crisp up their perfectly cooked meat to get that delicious maillard reaction going.  Also good for crème brûlées.

Commonly made for beef jerky, you can also make fruit leathers, and really dehydrate anything.  For example, I took some Sriracha sauce, dehydrated it, and ground it in my coffee grinder.  Sriracha powder.  Do you understand?

The New Cookery is all about applying the same precision in baking to savory cooking.  Therefore you must know your ratios.  A digital scale is a must.  And they’re everywhere.  The one pictured above? I bought it at Ross Dress For Less.

Sometimes you need to blend things thoroughly in a bowl – enter the immersion blender.  Also the way to make light foams – or airs – with juice and a little bit of lethicin.

When it comes to sous vide, it’s all about low and slow, and for that you need an immersion circulator.  This will keep your water bath at a precise temperature so you can make things like creamy yolks and perfectly cooked steaks.  They start at around $400 and go up from there.  But, if you’re industrious, or have a friend that is, you can make one for $75, thanks to Scott’s infamous DIY immersion circulator.

Using the principle of induction – a magnetic coil creating a current – these have better temperature control, less heat diffusion, and no worries of flare-ups.  Plus they’re portable.  Very nice.

You aren’t cooking Modernist Cuisine if you’re not freezing it.  Getting a dewar will allow you to safely bring liquid nitrogen into your home for some seriously

Well, how else are you going to know how if your constructed cheese pH is balanced?  And it also works for beer!

Cook things quicker by increasing the pressure than what is usually found in this planet’s atmosphere.  Modernist Cuisine, man. Cool.

You need to seal your food up to throw it in the water bath for sous vide (French for “under pressure”), so a vacuum sealer is at the top of your list.  A Foodsaver will work fine, but with a chamber vacuum sealer, you can also seal liquids and have more control over the vacuum pressure. 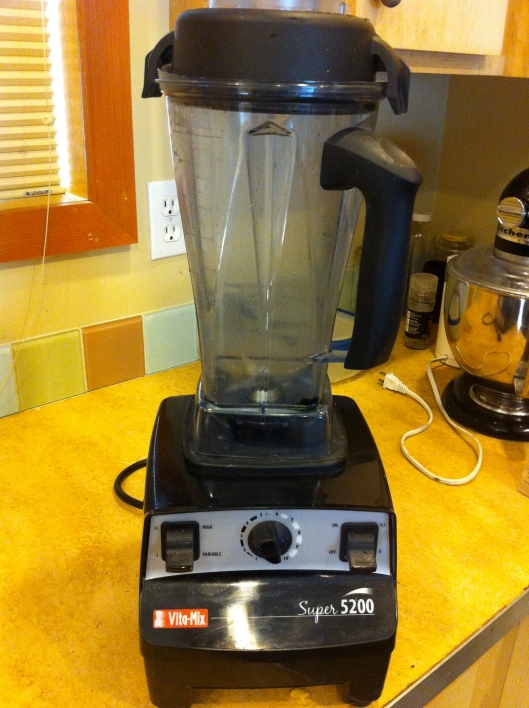 Even if you never cook one contemporary dish in your life, you should still get this.  The Vitamix is amazing.  You won’t go back.

And Your Total Comes To…

So, if you add up the averaged total for all these things, it’s going to set you back around $6630.  Holy cow!  No thanks.  That’s WAY too much.  But here’s the thing: you don’t have to pay full price.  For all the stuff above, I paid around $3600.  That’s a 46% discount.  Of course I didn’t buy it all at once.  It was collected over the course of many months.  Still, a hefty monthly bill.  I  had to cut corners elsewhere.  No more Sounders FC tickets.  No more premium cable. No going out to weekly movie or restaurant outings, etc. But hey, when it’s a passion, you gotta go with it (it didn’t hurt that I got a couple of pay raises as well).

So how do you get a similar deal? This is what you do: Google, eBay, Craigslist.  Always buy used if possible. Google things like “used immersion blender for sale seattle” or “centrifuge site:craigslist.org”.  Scour eBay for what you’re looking for, including misspellings like “circulater”.  Make sure to check the box “include descriptions” when using multiple keywords on eBay.

Besides that, post on message boards and talk with friends. Go to thrift stores and garage sales.  Find used laboratory equipment warehouses or auctions at your local university. Seek and you shall find a bargain.

8 thoughts on “The Price Of Cooking Modernist Cuisine, Part I: Tools And Gadgets”